Database of Companies in Germany: Top Industries and Biggest Players

There are more than 5.25M companies in Germany’s 16 states, almost half of which are proprietorships. Almost half of the total number of companies operates in the service sector. The highest number of businesses is located in the states of North Rhine-Westphalia, Bavaria, and Baden-Württemberg. If we take a look at individual cities, the highest number of businesses are located in Berlin.

Data on German companies is part of the HitHorizons database. HitHorizons aggregates data on 77M+ businesses from 60 countries, including the whole of Europe. Data contains basic information about individual companies such as name, registered address, identification number, contact details, industry, SIC Code, sales performance, and number of employees. If you need to analyze the German market, HitHorizons Screener and HitHorizons API will help you.

Mostly proprietorships and especially in services

Less than half of all companies (49.46%) have a legal form of a proprietorship and 32.2% of companies are corporations. NGOs make up 9.35% of all companies in Germany. The remaining less than 10% are entities with an unknown legal form (government institutions or joint ventures).

Number of companies by legal form

The most represented industries among corporations are services (38.1%), finance / insurance / real estate (22.1%), and construction (8.8%). Among proprietorships, most companies operate in services (48.9%), while retail trade and construction represent 21.5% and 10.6% respectively.

In terms of individual industries across all legal forms, most entities work in services (51.21%), retail trade (13.75%), and finance / insurance / real estate (10.66%); 75.62% of all companies operate in these three sectors. Despite the fact that only 4.32% of companies operate in manufacturing, this industry accounts for the majority of sales of all companies in Germany (share of 27.51%). Second is finance, insurance and real estate with a share of 22.29% and third are services with a share of 16.52%.

Number of companies by industry

In terms of specific economic activities (SIC Codes), most companies operate as real estate agents / managers (222,673) - this represents more than 4% of all companies. 3.65% of companies do business in civil / social association and 3.56% of companies in management services. A total of 31.43% of all German companies operate in the top 10 SIC Codes.

States with highest number of companies

It is interesting to look at the states which used to be part of the German Democratic Republic (GDR). More precisely, Mecklenburg-Western Pomerania, Saxony, Saxony-Anhalt, Thuringia, Brandenburg. Berlin was divided into 2 parts so we excluded it from this comparison. These 5 states have the lowest number of companies. This is similar to states like Bremen, Saarland, and Hamburg which used to be part of West Germany but are some of the smallest states in terms of the area they occupy. Statistics are similar when it comes to sales and number of employees within these 5 states. Companies registered in Mecklenburg-Western Pomerania, Saxony, Saxony-Anhalt, Thuringia, and Brandenburg generate just 5.6% of all sales and employ just 9.3% of all employees in the country.

In terms of the number of companies in individual cities, Berlin is first with 4.94% of all entities. Hamburg is second (3.05%) and Munich is third (2.54%). More than 17% of all companies are registered in the top ten cities.

Top 15 employers include 7 companies from manufacturing, the German Railways (Deutsche Bahn AG), a telecommunications company, and chains of grocery stores. The largest employer is Volkswagen with 665,000 people.

If you would like to do a more detailed analysis of German companies or companies from other European countries you can use HitHorizons Screener. HitHorizons Screener allows users to pick from various filtering and sorting options and find relevant entities within the whole HitHorizons database. The resulting datasets can be exported in CSV for further processing in any software.

HitHorizons API allows to enrich any analytical tools, CRMs, ERPs, or other software with data available in the HitHorizons database. 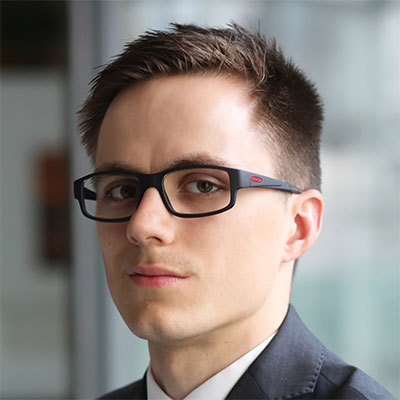 The Covid-19 pandemic has mainly been favorable and beneficial to Internet sales, i.e., E-commerce. In this industry analysis, we will take a closer look at E-commerce in Germany and its neighbouring countries - England, the Netherlands, Belgium, France, Luxembourg, Switzerland, Austria, Czech Republic, Poland and Denmark.

The COVID-19 pandemic has affected all 16 of the German states' economies in different ways. Are there any states or industries that have been more or less affected by the pandemic?

Explore the European market
with HitHorizons